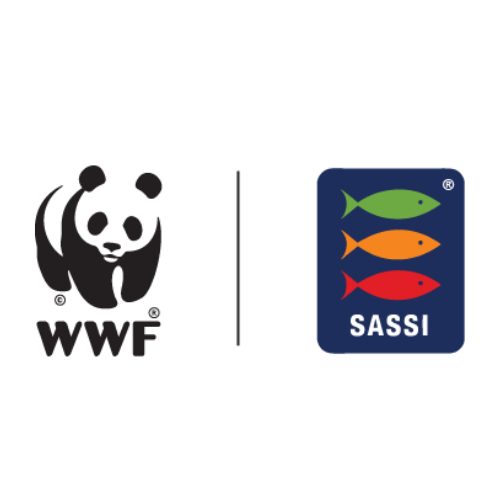 Seafood lovers across the country will be excited to hear that WWF-SA has announced a number of changes to its Southern African Sustainable Seafood Initiative (SASSI) listings as a result of updated assessments that were conducted in 2015. One of the major highlights is the Green-listing (Best Choice) of hake and kingklip caught by the demersal longline sector. This status upgrade will bring joy to sustainability-minded chefs and consumers across the country who have previously been asked by WWF SASSI to “Think Twice” about these species, which were previously languishing on SASSI’s Orange-list as a result of sustainability concerns associated with the fishery. While consumers could already buy green listed hake caught by the Marine Stewardship Council (MSC) certified trawl fishery, this is the first time since the SASSI list was initiated in 2004 that Green-listed kingklip from South Africa will now be available to consumers.

The improved status of these demersal longline species is the result of a collaborative Fishery Conservation Project (FCP) between WWF-SA, the South African Hake Longline Association (SAHLLA) and the Department of Agriculture Forestry and Fisheries (DAFF) with assistance from CapMarine and BirdlifeSA. The FCP was also actively supported by SASSI partner retailers who were keen to see improvements in the SASSI listings of the species caught by the demersal longline sector. Through the FCP, which began in 2013, there have been significant improvements in both the understanding and management of the demersal longline sector’s ecosystem impacts. Improved monitoring of catches, the development of a seabird bycatch mitigation plan, and responsible fisheries training for fisher participants were other components of the FCP. “The Association benefited from the FCP in a variety of ways. Our members learnt about the importance of responsible fishery practices and received training on how to fish more sustainably. We are particularly pleased to make our premium quality longline caught hake and kingklip available to local consumers as SASSI green-listed products,” said the chair of SAHLLA Clyde Bodenham.

It is not just kingklip that is showing signs of improvement, as the updated assessments also saw two species caught in the traditional linefishery, Carpenter (Argyrozona argyrozona)and Slinger (Chrysoblephus puniceus), move from the Orange list to the Green list. Carpenter stocks have experienced a rapid recovery in recent years and continue to improve, which has been attributed to the substantial decrease in allowed fishing effort by DAFF. This decrease in effort came into effect in the early 2000s after the collapse of many linefish stocks. While Slinger populations have also benefited from the decrease in effort, there is also evidence that they have benefited from the implementation of no-take/limited access Marine Protected Areas (MPAs) along the KwaZulu-Natal coastline. Further good news is that Hottentot (Pachymetopon blochii), Snoek (Thyrsites atun) and Yellowtail (Seriola lalandii) caught in the commercial linefishery remain on the Green list with positive indications of stock status.

These positive shifts prove that it is possible to improve depleted fisheries through committed stakeholders collaborating on the implementation of effective fisheries management. It also goes to show that “the WWF-SASSI programme is working and that the efforts of responsible seafood consumers and committed retailers and suppliers are helping to drive positive change on the water” says Pavs Pillay, manager for the WWF – SASSI programme. “It is results like this that show how effective collaboration can lead to truly win-win outcomes”, she added.

First time WWF-SASSI assessments of white mussel (Donax serra) and Cape rock oysters (Striostrea margaritacea) hand collected in KwaZulu-Natal resulted in a Green listing and East Coast rock lobster fished in the Eastern Cape only (Panuliru homarus) improves its prior Orange-listing to a Green-listing. The positive outcomes of these assessments reflect the limited impact of these selective fishing methods on the environment. However, Cape rock oysters (Striostrea margaritacea) caught along our South Coast have received an Orange listing reflecting some concerns surrounding its stock status.

Despite these improvements, not all of the news is good and the updated assessments also highlight some of the major sustainability concerns facing the fishing industry. Geelbek (Atractoscion aequidens) and Silver kob (Argyrosomus inodorus) move from the Orange-list to the Red-list as their stock levels have declined to very low levels despite the effort limitations in the traditional linefishery. Fishing pressure continues to be too high for these species, both of which are caught in multiple fishing sectors such as the commercial linefishery, inshore trawl, recreational fishery and gill net fishery. Another cause for concern is the downgrade from the Green list to Orange list for horse mackerel (Trachurus capensis) caught in the midwater trawl fishery, which was downgraded due to uncertainty regarding its stock status and concerns around the management of the fishery. Abalone (Haliotis midae) has also shifted from the Orange list to the Red list due to declining stock levels primarily driven by poaching, highlighting the urgent need to address this scourge by DAFF and fisheries stakeholders. While the West Coast Rock Lobster assessment is still in the process of being updated, this species is also facing a potential downgrade from the Orange list to the Red list due to similar concerns around illegal, Unreported and Unregulated (IUU) fishing activities.

“While the politics and science behind fisheries management is often complicated and confusing, the SASSI assessment process has proved a very effective way of providing objective and easy to understand information to consumers and retailers wanting to make responsible seafood choices.” says John Duncan, Senior Manager of WWF-SA’s Marine Programme. “SASSI embodies the concept of co-management, in which management responsibilities are shared with all resource users, with each given specific rights and responsibilities relating to information and decision-making” he adds.

To BEE or not to BEE